The commissioners participated in a phone conference with the Brown County Commissioners to discuss the possible construction of a wind farm in Brown and Nemaha Counties by Invenergy.

Galen Ackerman came before the board to speak to commissioners about negotiating with the wind farm companies when coming to terms on a Road Use Agreement and a PILOT Agreement for any wind farm constructed in Nemaha County. The idea was proposed to have a citizen group also participate in the formulation of the PILOT Agreement.

Ronnebaum advised the board that:

• The new baler for the Recycling Center is being delivered this Wednesday. He also said that they hope to have it up and running by Thursday.

• He needs to get the Recycling Building cleaned out for use during the upcoming Fur Harvester’s Conference.

• He needs to get a new oil burner for the shop.

• Employees will be working on getting the beams set this week for Bridge BC-1.

• He still has a few field entrances and other items to take care of for Bill Priest.

Sheriff Rich Vernon advised the board that:

• His office had a busy weekend.

• Douglas County wants to farm out some of their inmates to Nemaha County. Vernon said he is still talking to Douglas County to try to work out an agreement to possibly make this happen.

Lippert let commissioners know that the tax sale has been scheduled for 10 a.m. Thursday, Nov. 15.

Dan Ronnebaum came before the board to ask commissioners about roof leakage that has been reported at the new jail in Nemaha County. Commissioners advised him that the county has not been charged for any of the work performed to address the leakage issue.

The board reviewed and approved vouchers and warrants submitted by the different departments that were paid at the end of September.

The board reviewed the minutes from the Sept. 24 meeting.

With no further county business coming before the board, Chairman Henry adjourned the meeting at 1:52 p.m.

The commissioners were scheduled to meet at 9 a.m. Tuesday, Oct. 9. These minutes were not available at The Herald’s press time. 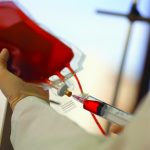