During the meeting, Jay Herrmann with AHRS presented the final scope of the USD 113 Remodel/Construction Projects for the board to make a motion on.

Herrmann presented the board members with a packet, which contained a breakdown of expenses for separate parts of the project, as well as a breakdown of bid packages including the companies who made the bids.

Total allowance for Axtell’s separate project is $200,000. This is not a final price since plans for Axtell are still being drawn up.

Alternative Two covers classroom renovations, including old stage changes into a large classroom with access to the hallway, as well as changes to the old showers.

Alternative Three covers sewer line replacements, which include the replacement of existing sewer lines outside of the Sabetha Elementary School building.

Alan Schmitz with AHRS discussed scheduling with the board. He said mobilization will start mid-March. He hopes to get bids for Axtell within the next couple of months and start that project this summer.

Board member J. Scoby voiced his concerns about the decline in birth rate of babies at the Sabetha Community Hospital over the past few years, as well as the decline of students at the schools and patrons in the community. He shared concerns about going through with the whole project at this time and asking patrons to spend more and more on property taxes, more at the grocery store and more at gas stations, while their wages aren’t increasing much to keep up with inflation. Scoby was in favor of completing the project minus the new gym addition at SES to cut expenses.

Superintendent Todd Evans told the board members that an anonymous donor is willing to donate $500,000 to cover some of this project, but only if the full project scope is accepted, including the new gym addition.

The other six board members seemed to be in favor of completing the project in full in one timespan rather than complete a majority of the project and possibly add the gym addition at a later time.

A motion was made to approve the scope and bids of the USD 113 Remodel/Construction Projects as presented. The board approved the motion with six in favor and Scoby opposed.

To watch the full board meeting on Youtube, visit https://youtu.be/5RbeRqOpTdg.

Lady Jays get a comeback victory at Royal Valley, 32-30 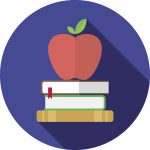