The June meeting for the Fairview Willing Workers was to be held on Sunday, June 12, with club project tours. Due to the large amount of rain, the club tours were canceled, and the club met at the Fairview Park Shelter for the meeting, followed by a supper.

President Jake Rieger called the meeting to order, Huck Lowdermilk and Ben Geisendorf led the club in the Pledge of Allegiance and the 4-H Pledge. Secretary Annika Reschke read the minutes from the June meeting, there were 20 members, 12 parents and two leaders present. Eli Geisendorf stated that the report had been turned in to the Hiawatha, Sabetha and Fairview Newspapers, and Aden Geisendorf read the treasurer’s report. There were no birthdays to celebrate for the month of June.

There would not be a July meeting since it would take place during the Fair. The next meeting will be on Aug. 14. The Geisendorf and Kerl families would be in charge, since it would be for new membership drive. The members discussed having the meeting at the Sabetha pool. The Brown County swimming party would be held at the Horton swimming pool this year as well.

The Fairview Willing Workers kicked off the Brown County Fair on Saturday, July 9, at the Horton Blue Building with judging consultation for foods, arts and crafts, place setting, clothing, woodworking, space tech and misc. Multiple club members participated and presented with their projects.

On Sunday, July 10, members in the horse project participated in the horse show at the Babcock Arena in Hiawatha. On Monday, July 11, the club members with animals entered their projects and began weigh-in for swine followed by beef, goats and sheep. Tuesday was the beginning of show day for animals. The rabbit show started at 8 a.m. followed by the poultry show. The Eddie Grathwohl Memorial Beef Clinic was presented to Brown County Club members by Fairview Willing Workers Club Members — Andy, Robin, Aden and Brody Grathwohl — to help 4-H kids learn technique in grooming and showing cattle. The goat show started at 1 p.m. where several members participated.

The parade started at 6:30 p.m. The Fairview Willing Workers started working on their float at 4 p.m., coordinating it with the fair theme “Stars, Stripes and Summer Nights.” The club members sat around a campfire under a starry night while Uncle Sam waved to onlookers.

The swine show kicked off Wednesday at 8 a.m. Other activities carried on during the afternoon, and 4-H members were able to enjoy playing together when they had a spare moment. The bucket show started with interviews at 3:30 p.m., then showing at 4:30 p.m. and the beef show starting at 5:30 p.m. The Fairview Willing Workers started off Thursday morning cleaning the fairgrounds and emptying trash cans in all the barns.

Club members participated in the Livestock Judging Contest at 12:30 p.m. and at 2:30 p.m. multiple members had the privileged of competing in the Round Robin contest. The Club had voted at the June meeting to have a lemonade stand for a fundraiser and decided to add sweet corn to the mix. The Hiawatha FFA helped with bounce houses and a mechanical bull for the community to enjoy and a rock wall was also available. The club started corn and lemonade sales at 6 p.m. and continued during the free entertainment by Wilder Horses while a cash pot cornhole tournament played on in the barn arena. Livestock exhibits were released at 9 p.m. and only market animals were left for Friday.

On Friday, the 4-Hers cleaned the barns and prepared for the Livestock Sale that would start at 6:30 p.m. and conclude the Fair week. It was a great week! 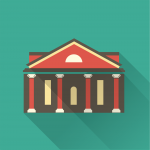