“I grew up around my family farm where my cousins raise fat cattle, row crop, put up hay, and operate a custom forage harvesting business. Throughout middle and high school, I spent my summers and winter breaks working on the family farm where I found my passion and love for the agriculture industry,” Bloom said in his scholarship application. “It is because of this that I decided to attend K-State and major in the College of Ag.”

This past summer, Bloom had a summer internship working for Corporate Vermeer as a product specialist. Over the past few years, he has also worked at the K-State feedlot, interned at Heinen Brothers, worked for a Farm Bureau agent as sales support and learned about an equipment dealership at Bruna Implement. All these positions have provided C. Bloom more experience in the agriculture industry.

The Nemaha County STEP Foundation is proud to award C. Bloom the $500 scholarship established in 2008 by Lola Droge and her family, which is called the Leslie Albert and Lola Fern Droge Scholarship for Agricultural Studies.

The scholarship honors Mr. and Mrs. Leslie Droge, who lived and farmed most of their married life in Nemaha County. Leslie and Lola purchased and moved to the Droge family farm after Leslie returned from serving his country in World War II.

The couple was progressive and looked for new and modern ways of farming. They became leaders in terracing and other land conservation methods. Managing a cow and calf herd along with grasslands, wheat and row crops, they provided a living for their family while producing plants and animals to help feed the world.

Not only did they work hard in agriculture, but they also served in other areas as well. Lola was a member of the American Legion Auxiliary and was actively involved in her political party. Leslie served in the Kansas Senate and was chairperson of the Senate Agricultural committee. Leslie and Lola, as well as their five children, all attended Kansas State University.

The Leslie Albert and Lola Fern Droge Scholarship for Agricultural Studies is awarded to a Nemaha County high school graduate who is a junior or above and enrolled in the College of Agriculture at Kansas State University. 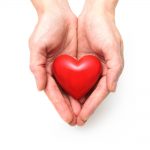 HUGS are awarded through GSCF