ATHLETE OF THE WEEK 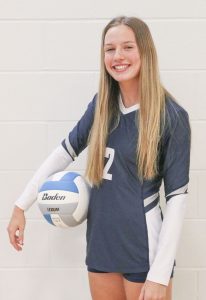 Senior Mary Lukert has been a force to be reckoned with on the court early this season. This week at the Nemaha Central Invitational Tournament, Lukert led her team with 105 good hits, 39 kills, 11 aces and 5 assists offensively for the Lady Jays. Defensively, she had 50 digs, 66 serves received, one solo block and two assisted blocks. She has consistently helped lead her team in both aspects of the game.

Evaluating the mouths you feed

Vaccinations are important for older adults