The monthly meeting of the Woodlawn Meadowlarks was held on Tuesday, Oct. 11. During this meeting, the club installed officers for the new 4-H year (2022-23). Our new president is Emily Fehr, vice president is Laura Metzger, secretary is Maddy Devore, reporter is Colby Stoller and our treasurer is Wyatt Fehr.

We have three parliamentarians: Luke Metzger, Hudson Beyer and Jackson Jacobs. We also have three historians: Ella Sourk, Ellie Wessel and Laura Goodman. We have two song leaders and two recreations leaders. The song leaders are Myra Stoller and Lanae Metzger, and recreation leaders are Lucy Metzger and Alexis Ploeger. Our club council representatives are Susannah and Isabelle Walker.

Two new offices to our club this year are safety, which Keelan Beyer will serve, and health officer, that Abram Beyer will serve as. We are very excited to begin a new year!

The Woodlawn Meadowlarks monthly meeting was held Saturday, Nov. 12, at the Stoller’s house. We welcomed and are excited to have new members! The club discussed and decided to participate in the Food Fare on Jan. 3. The theme this year is International Foods.

Lucy Metzger gave a project talk on seeds and bulbs. Myra Stoller demonstrated how to clip rabbit toe nails and Colby Stoller talked about hatching poultry. Alexis Ploeger led the club in heads up 7-up. The Metzger family served refreshments.

After the meeting was adjourned, the club worked on making pinatas for the Oneida kids and NCTC and for our club Christmas party. 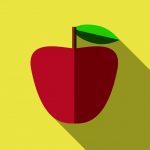