The Sabetha Herald’s Athlete of the Week 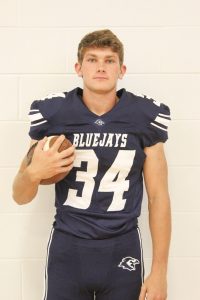 Junior receiver and defensive end Christian McAfee played a major role in the game against Nemaha Central Friday, November 18. McAfee led his team in rushing with seven carries for 47 yards and had one catch for four yards. Defensively, McAfee logged 10 tackles and grabbed an interception in the first half of the game.

An opportunity to serve