Pearson, in her first year of competitive wrestling, found the going tough and went 0-5 on the day. Lawrence went 2-1 on the day and earned third place and a bronze medal. Clinton went 2-2 on the day and ended up in fifth place at the end of the day. 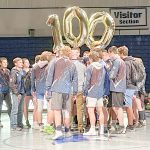